born to be clown - here and now

Comedy often makes us laugh but doesn’t manage to touch our hearts. Explore your vulnerability and the “stupidity” of your playful spirits. 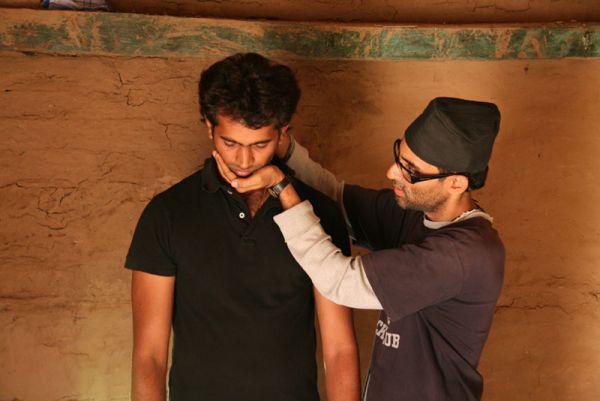 For this workshop we will use clown skills because:

The clown is a state where urgency prevails, living in the moment, in the 'Here and Now'. Through the clown, explore the world from a more positive viewpoint, free from moral and logical constraints. Discover your true sense of pleasure and joy in play as we delve into the world of the clown. Together we will ranging from the ridiculous to the grotesque to the innocent. Comedy often makes us laugh but doesn't manage to touch our hearts. When we work from a place of personal truth and with the vulnerability of the clown, our comedy reaches a much deeper place. This class will explore that place where you go beyond gags and finding your clown who can touch the hearts in a way that makes our comedy more universal and makes us laugh from the gut.

Special: on Saturday night we will have time for social sharing and Ashwath talks about his diverse artistic and social projects and (clown)work placements in India.

Vita:
Ashwath Bhatt is born in Kashmir. After his graduation from National School of Drama- New Delhi, did his Post Graduation in classical acting and acting instruction from LAMDA (London Academy of Music and Dramatic Arts) London. He is a visiting faculty to various prestigious institutions in India like FTII-Pune, BNA-Lucknow etc; and worked with reputed theatre companies like Oxfordshire touring theatre Company- Oxford, Flying Fish Theatre Company- Berlin etc. He has done plays for BBC worldwide and National Theatre, Mannheim/Germany etc. He has acted under the direction of various Indian and Foreign theatre luminaries and conducted workshops on various aspects of acting in England, Germany, France, Croatia, Hungary,Slovakia, Czech Republic, Nepal, Pakistan and India.

He also established the Theatre Garage Project in the middle of Himalayan mountains.(Non profit company). He is widely known in India for his work on 'Red Nose Clowning' theatre form.
www.ashwathbhatt.com 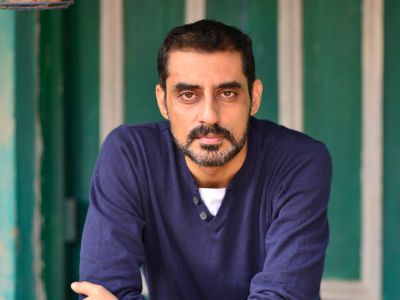 Born in Kashmir; Graduate of National School of Drama, New Delhi and Post Graduatie in Classical acting and Acting instruction from LAMDA (London Academy of Music and Dramatic Arts), London.

Teaching language is English.Simple accomodation possible on demand at the TuT-studio. Bring black and neutral cloth (without print).